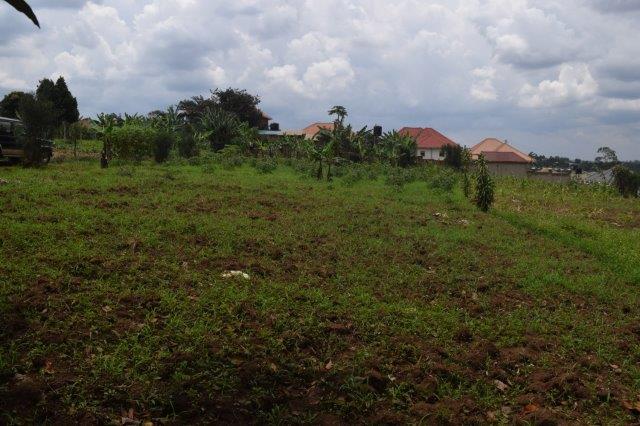 As Kampala grew from the prescribed hills as the colonial design, new places emerged. The old government stock housing wasn’t enough or appropriate and hence the city grew. Patrick Kasulu a.k.a Property Masters emerged with a novel concept, the former lecturer, inspired by empire demarcations for junior staff added to our vocabulary 50 by 100 feet or 11.5 decimals. Soon all sundry was flush with the same arrangement. The market was available and also a new con grew around the land buying game. Many rural lands bordering the city were parasitically planted into suburbs. It was an interesting game of speculation, business acumen and personal fulfilment. A really ugly pattern started emerging, where many plots of land were bought up by absentee landlords with no intention to develop the land, rather let it fallow and speculate on the land, as the price soars. In other places, the developers used no common sense and every kind of brick and mortar was strewn around. What emerged was a very expensive slum with almost no consistent network of roads, electricity outages, low water pressure. Neighborhood insecurity. You ended up in a concrete jungle and modern slum at a premium. This isn’t an indictment on Najjera and Kyaliwajala or the speculators haven. In all this mess, some areas remained with a lot of sanity and avoided the bad habits of sister estates and developed into a less disorganized mass of humanity. They also never lost the “muntu wawansi’’ touch, up to date you can work yourself into the good books of the landed class in a better planned area. Here is our pick, we have chosen to ignore Kiira for sheer lack of character. 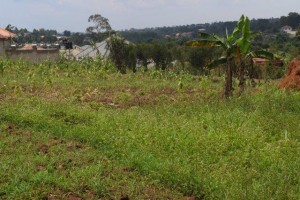 Land is still the most cherished item and investment. Most estates start out as rural lands but soon succumb to the concrete jungle of urbanity.

At the time of inception, Akright Satelite city in kakungulu was the most ambitious private project undertaken by an individual. Of course since then the developer has been dogged by various legal and human challengers like many other similar businesses. Nonetheless at a princely sum of 22 million per lot at inception, this was a huge step up. The roads were paved and a few of Uganda’s A listers moved home. A small allocation now retails at 65 million more than decade later. The road infrastructure is fading but the backbone of a clean cut estate still persists going by the quality of houses constructed.

Located in Seeta, off the Bukerere road. Bajjo is a sprawling parish of Seeta. Canaan sites, is one of the largest land developers in Uganda. With generous offers for the internal roads and a dedicated naming system for the streets, Bajjo stands out as an estate with hope in the association of chaos. Opened in 2016, an 11.5 decimal lot was retail price of 18 million. As of 2020, the same lot retails at 35 million shillings and is totally worth any penny invested. The residents have maintained good roads, constructed beautifully and made an association to make this more permanent. You feel more permanent and hope generations after you appreciate your effort.

Jomayi was so famous for creating estates, it is hard to imagine it is an acronym for Mr Joseph Magandazi Yiga, he made a name by creating lots and opening up many suburbs. That is beyond any other estate developer in the land. This is before the court cases have threatened to liquidate his extensive company. The crown jewel in the crown of Jomayi was always Nalumenye. Access from both Masaka road and Entebbe road, Jomayi Nalumunye has become the runway estate. Founded in 2006, a plot was retailing at 6.5 million, 14 years later the price has approached 60 million shillings. Still a good buy recognizing from our scouts.

With a reputation of buying land cheap in almost obscure locations, equally parceling it out for the cheap. The estate in Nakiwogo close to the Ferry site is a miracle almost. Stunning lake views and breeze, set it apart. The Nakawuka, Mpigi road getting a new surface increased speculators into a frenzy. The estate kicked off at nine million a plot in 2018 and has since almost meteorically risen to an almost impossible twenty million a 110% rise in 2 years. Most of the construction going on in the estate is residential, the neighboring plantation forest increases scenic value. The owners have plans to build a whole support community that includes a school, pier and sports club.

Nkiima has slowly gained a reputation of one of the few trustworthy developers in a game rigged with fraud. Could be described as one of the late comers into this game, the company has several estates around town but the one which we crowned our eyes on is the one in Namugongo. Opening almost six years ago at 25 million per plot. The price has since risen to 45 million, inspired by the current construction that has respected the road integrity and also the views of the hills. The residents, built a modern police station and are threatening to tarmac the internal road network. Making it one of the areas whose value will keep appreciating for the finite future.

Abraham (not real work) works as a marketing agent for an insurance firm. He is mainly paid in...